Pamela June Norton (at College 1938-1943) was, at last, awarded her War Service Medal in recognition of her time in the Women’s Royal Naval Service (WRNS).

The medal was finally presented to Pam – 74 years after she left the WRNS – on 14th August 2020 by Commodore Phil Waterhouse, Naval Regional Commander for Northern England, in a ceremony at her home. The presentation was accompanied by two drummers who had been brought in specially from MOD Caledonia in Scotland, and was followed by a double bugle tribute to the 94-year-old.

The highlight of Pam’s schooldays was the period that the College was evacuated to Lord Swinton’s estate and she has happy memories of walking from there to church services in Masham. Pam also enjoyed being in charge of the College Choir back in Harrogate.

After leaving College, Pam worked briefly at a Sheffield sports shop before joining the WRNS as a volunteer on her 18th birthday in 1944. She was based on HMS Wagtail in Ayr on the west coast of Scotland and worked in Communications which she enjoyed, except when she had to impart sad news to families who had lost their loved ones.

On being demobbed in 1946, Pam joined the family firm of John Norton and Sons where she worked until she was 73. Pam loves dogs and horses, riding until she was in her eighties, and she has been the devoted owner of several of these beautiful animals; she also competed at private driving events with pony and trap at local country shows. 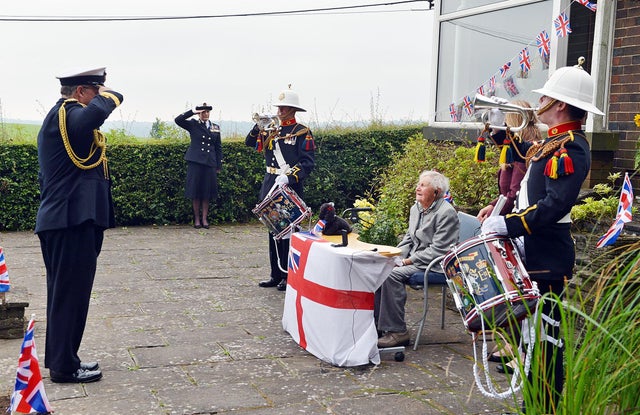 < BACK TO ALL NEWS