Boys and girls at Highfield Prep School were invaded by a group of fearsome Vikings who decided to make Harrogate their home for the day. 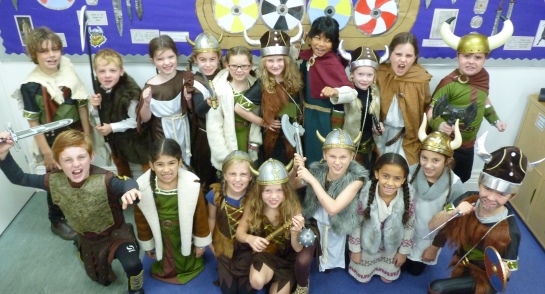 Brandishing swords and deadly daggers, the Vikings took over the Year 4 classrooms making lucky Thor’s Hammer amulets, constructing longships out of clay and completing tricky Viking crosswords. After an eventful morning they settled in the dining room for a Viking feast of whale bites washed down with mead!

“We always try to bring history to life in an imaginative and creative way to enhance the children’s learning. Viking day is a wonderful example of this and added greatly to the pupils’ understanding of the early medieval period.”