Harrogate Ladies’ College Lower Sixth students listened to a stimulating and incredibly moving talk from Holocaust survivor, Arek Hersh this week.  Arek talked about his experiences in concentration camps which included Auschwitz, when he was only 11 years old. Arek managed to survive the atrocities of the Nazi regime and was liberated in Theresienstadt on VE Day. 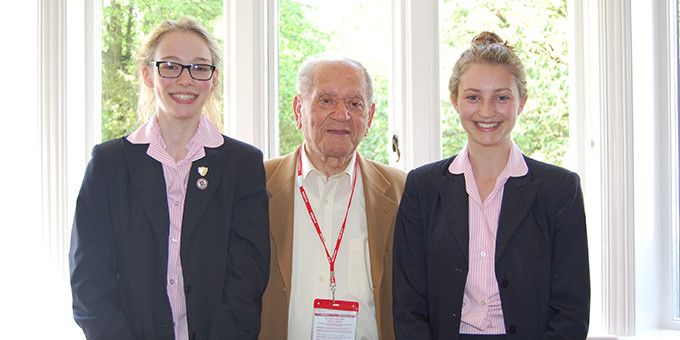 Out of 5,000 Jews from his home town, only 40 survived the war; Arek himself lost 81 members of his family, with only a sister surviving. Tortured with nightmares of his experiences, Arek was unable to speak of the Holocaust for 35 years until he was asked to write his life story in a book, ‘A Detail of History’.

The students found his talk very thought provoking and it has provided the best possible preparation for their visit to Auschwitz later this month.