Highfield Prep School is celebrating after being shortlisted for Pre-prep/Prep School of the Year in the Tes (formerly Times Education Supplement) Independent School Awards 2019.

The annual Tes awards celebrate excellence and innovation throughout the independent school sector and Highfield is the only school in the North of England to be shortlisted for the Pre-prep/Prep School category. 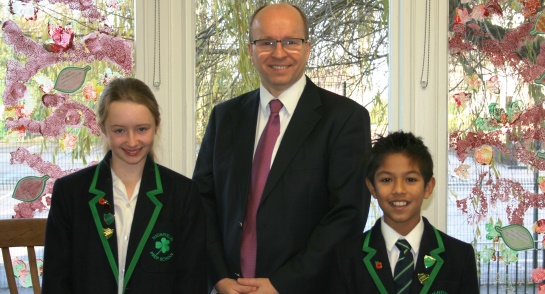 James Savile, Head of Highfield and the Head Girl and Head Boy

James Savile, Head of Highfield Prep School said, “I am delighted that Highfield has been shortlisted for such a prestigious award.

“The organisers reported that they had received a record number of entries this year and the standard was the highest yet so to be shortlisted is an extraordinary achievement.

“Highfield is a wonderful school and to be recognised at this level is testament to the hard work and enthusiasm of our staff, our pupils and support of our parents.”

Speaking about the awards, Tes Editor Ann Mroz said, “Independent education in this country is truly world class. It’s one of our great success stories. And those shortlisted for the Tes Independent School Awards are the crème de la crème.”

The winners will be announced at a gala ceremony at the Grosvenor House Hotel, London in February.