Congratulations to Harrogate Ladies’ College U14 Netball squad who achieved a dramatic win at the Harrogate Area Schools Netball Tournament.  The team began by beating a strong St Aidan’s side 9 – 7, followed by an 11-2 victory against King James and a tense  match against Harrogate Grammar which saw Harrogate Ladies’ fight back from 2 down at half time, to win 8 – 6. 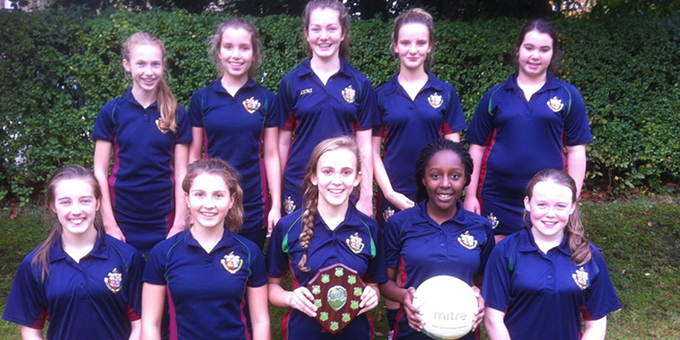 In the semi-final against Ashville College it was 5 all after full time, 6 all after extra time and 7 all after extra-extra time.  The game went to sudden death and despite losing the toss the team scored the vital golden goal.

In the final, Harrogate Ladies’ were again losing to Ripon Grammar at half time but settled back into their stride in the second half to win 7 – 6 and take the tournament title.