History was brought to life recently at Highfield Prep School when pupils were joined by a veteran from the D-Day landings. 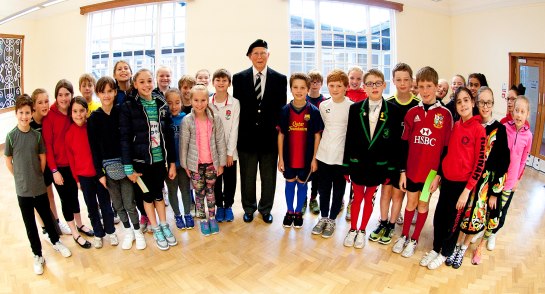 Mr Laurie Burn, 92, was part of the ‘Seahorses’ who formed the first landings on the beaches of Normandy on 6 June 1944. Pupils listened intently to Mr Burn as he shared his memories of the preparations for the landings before recalling the day itself.

“Listening to somebody who was actually at the D-Day landings was amazing!”

“We always try to bring history to life with real life experiences. This is a wonderful example of how a primary source of information has added greatly to the children’s understanding of this momentous part of our country’s history.”