A former Olympic athlete told an audience of Harrogate Ladies’ College pupils that he followed his dream to get to the pinnacle of his career.

Swimmer, Chris Cook was speaking at the annual Harrogate Ladies’ College Sports Presentation evening which recognises the sporting achievements and efforts of pupils at the school.

He told the audience of parents and pupils that he was an ordinary man who had achieved extraordinary feats because of self-belief, hard work and resilience. He said the ability to fail and bounce back from failures was the most important lesson in life.

Chris swam for Great Britain in the Olympics, world championships, European championships and competed for England in the Commonwealth Games. He started his swimming career in his home town of South Shields in the North East and now runs a swimming academy for over 1,000 children.
He told the audience:

“Swimming is a sport in which you can’t hide. It’s about skills, fitness, endurance, speed and stamina and if you don’t put the hard work in, then you don’t’ get the results and that’s a lesson we all have to learn in life. Learning how to succeed and learning how to fail is very important but it’s what we take from failure that wins us that gold medal moment. I watched the Olympic games as a child and it was a pipedream but one day I realised I could make it happen, and everything else then was down to me and the effort I was prepared to put in.”

During his career, in which swam against Olympic US legend Michael Phelps, he told the audience, many of whom swim for the school and the county, that he spent up to 36 hours a week training and that as well as swimming, it included gym work, physiotherapy and strength and conditioning training. He said sometimes he trained on Christmas Day and only ever had two weeks holiday in a year. He stated:

“My message is to follow your dreams. Like everyone else I am just an ordinary guy, but I learned that ordinary people can do extraordinary things so I would urge you to do what will make you that extraordinary person in whatever field, sport, subject excites and motivates you. Doing what you love is the best feeling in the world.” 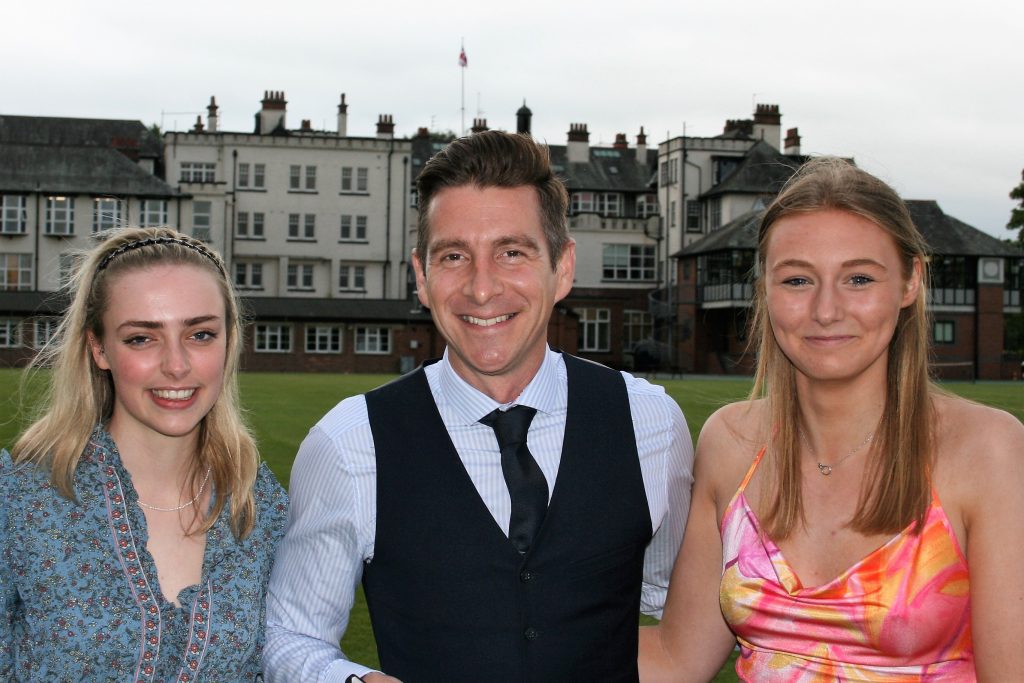 He said the hardest part of his career was in his final race in the Olympics in Beijing in 2008 – a final race against Michael Phelps which he described as bittersweet moment because he had achieved what he wanted, was euphoric but also knew that was his last race.

But he added that as one door closes in life, another can and does open and he urged the pupils to show resilience during their life path.

“Self-confidence and belief in your own ability is such an important lesson in life and it was wonderful to hear his journey in life and hopefully it will inspire everyone to believe in themselves, and I know it takes hard work to be extraordinary. Sport is a really important part of life in our school. As well as the obvious physical benefits, it helps young people to develop mental resilience, teamwork, determination and camaraderie that I hope will stay with them for the rest of their lives. We have some incredibly talented young sports stars in our school community and the annual Sports Presentation Evening is a celebration not only of their achievements, but also their efforts across the year in a wide range of sporting activities.”